What makes you feel alive? 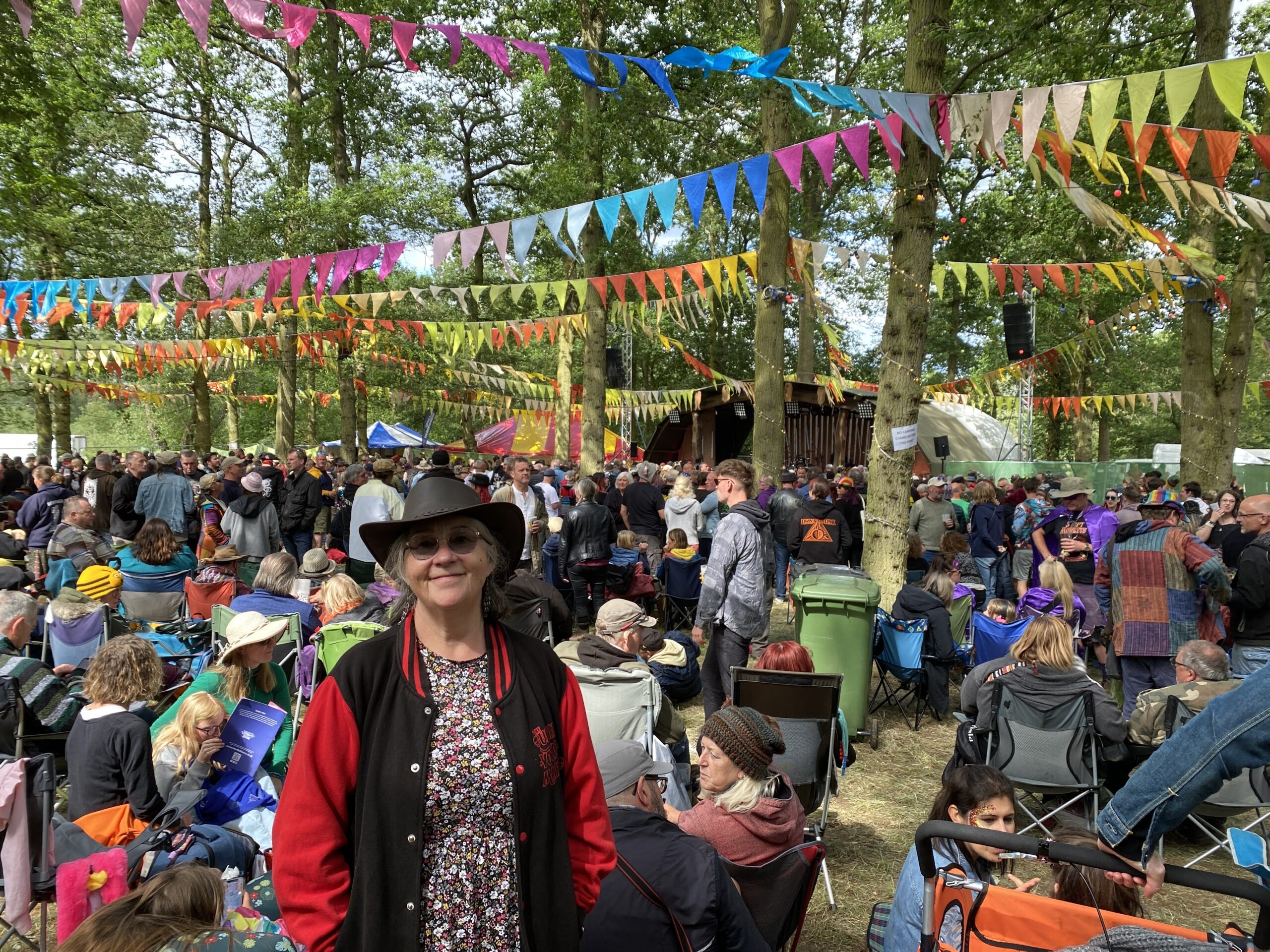 I’m just back from a 4 day music festival, the first for 3 years, Bearded Theory in Derbyshire. I was at the first one in 2009 when a tornado hit, and kept going back. I do love live music.

A music festival after the covid interlude – tents, carrying stuff, festival toilets.  It would be easy to think it wasn’t worth the hassle. I’m nearly 65! Should I stick with seated gigs?

But I wanted to get back to dancing in a field, and this is my favourite festival, with a really caring vibe. A lot of old punks are there and it’s about the music; people are nice to each other and no corporate sponsorships.

Age shouldn’t stop us doing anything, but we may need to adapt. And its lovely to be with people with the same attitude as me – to carry on doing the things we want to do, even if we need to make a few changes. I’m fine dancing but standing can be hard on feet/legs, I was no longer in the dance tent at 3am and I carried a chair around with me.

But for many people, too many things become a hassle. They make decisions based on their chronological age. They start to say no and play it safe.

And their world begins to contract.

They get a bit of a leg problem and use that as an excuse not to try. They put things down to ‘their age’. But that doesn’t have to stop us.

I want to encourage people to try out new things and to stop the voice in our head that says that we are too old or to play it safe.

Returning to the gym

After lockdown, when I felt safe to go back to the gym, I looked at the weights area and decided to swim instead. For months I would swim 3 times a week. As strength bearing exercises is so important to maintain bone density, I decided to go back into the weights area, but needed guidance so chose 3 months with a personal trainer.

After a month I feel fitter and more confident, both in the gym and in my wider life. I’m lifting heavy weights including using a 32kg kettle bell for a deadlift. When my PT, James, gave me a kettle bell, I assumed it was 16kg, maybe 20, but 32! I’d never have attempted it if I’d known.

I was chatting with James at our session today, talking about how I loved the festival, and he showed me a video of someone with a frozen shoulder, she couldn’t lift her arm. The medical person then tried with her lying down and someone helping – still no movement. But then, under general anaesthetic, no problem. An example of how our mind can stop us doing something – it really is powerful.

With the festival, I could have focused on the hassle but on the upside, there was the music and the atmosphere. There was the camaraderie and I’m so glad I was there. I have the rush to my serotonin levels which is good for mental health. Although I’m tired today I have the memories.

Amongst some fab bands I  got to see the Patti Smith Group and she’s 75! I hadn’t realised that she wrote the song Because The Night about the father of her son who plays in her band. I stood and soaked up all the words.

I love spending time in nature and I appreciating being quiet. I’ll spend a couple of days wild camping at our wood this week, but for those four days at the festival, with the loudness, the brashness, the music, the crowds, it really made me feel alive.

What is it that makes you really feel alive? I would love to know