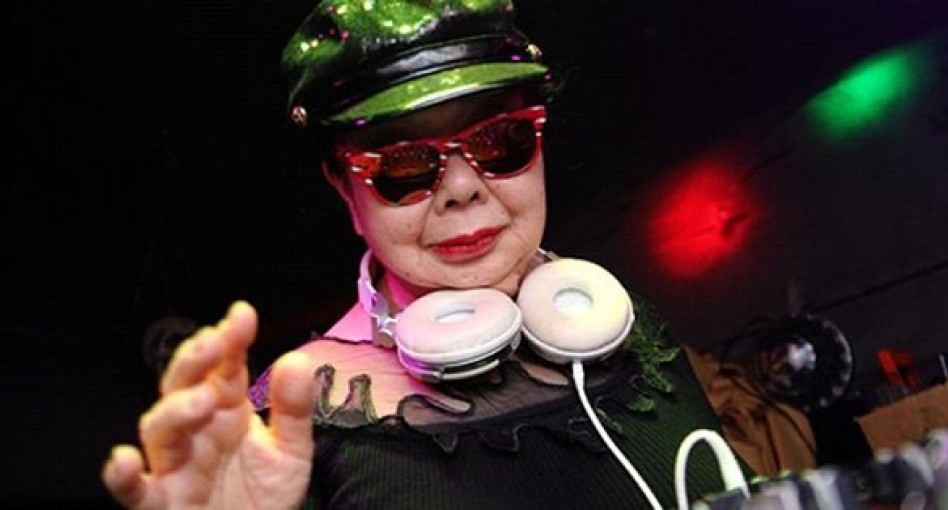 … the 82-year-old Japanese woman who cooks by day and DJs by night.

She’s had a lot of press coverage recently

Japan is known for its ageing demographic, with people aged 65 and above making up 26.6 percent of the population in 2015.

A prime example of an active senior, Iwamuro plays to crowds mostly 60 years younger than she is at the DecaBarZ nightclub in the heart of Tokyo’s Shinjuku district.

Taking up the turntables in her 70s, Iwamuro then spent a year learning the tricks of the trade at a school for disc jockeys.

Once on the dance floor, she stole the hearts of club-goers.

She’s got this energy that goes beyond age, and that can equal any young person’s here, said 25-year-old clubber Fuminari Fujii.

Ever curious and never one to give up her dreams, she hopes one day to debut on the New York club scene.

When I spin the tables, I just want to match the beat, choose the right music, she said, when asked what kept her practising her tunes and returning to spin records.

But the best thing is for my audience to enjoy themselves. — Reuters