Dance your way to a healthy brain 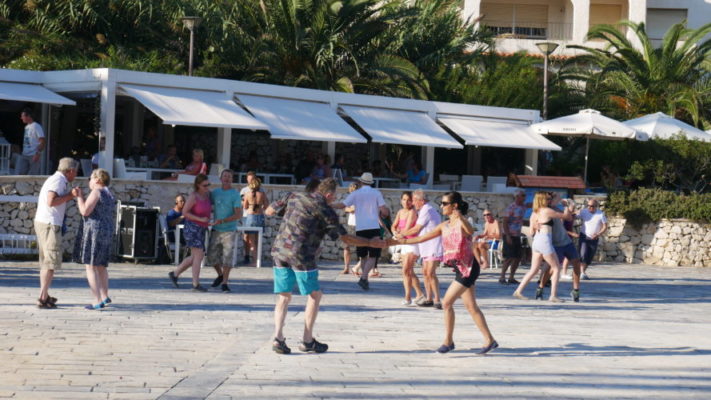 Dance your way to a healthy brain. Learning anything new is good for our brain, for me its dancing not only am I learning new dance steps, but its sociable too.

Don’t just take my word for it, here’s some evidence from Patrick Muller from the German Centre for Neurodegenerative Diseases in Magdeburg, Germany on how you can dance your way to a healthy brain.

Dance classes may beat traditional exercise when it comes to improving older adults’ balance and it might enhance brain areas related to memory and learning along the way.

He undertook a small study that compared dance lessons against standard exercise including brisk walking among 52 healthy seniors. This study lasted 18 months, and those who took dance classes improved their balance, compared to the traditional exercise group. Concentrating on learning steps has also lead to more growth in the area of the brain that’s involved in memory and learning (the hippocampus). The hippocampus is critical, according to Muller, because it is affected in dementia including Alzheimer’s disease and it can also shrink with age.

Dancing is a mental challenge, and involves coordinating movements with music dancing to the beat.

I appreciate the study was small, and there were also some changes with the other group, but the greater changes with the dancers is because you need to pay much more attention than with walking.

If you dislike dancing, it could be the type of dance.

Ballroom and Latin is very formal. If you watch Strictly you will know the judges pick people up because they don’t hold their frame correct. I love Swing Dancing (Lindy Hop and Balboa). There are steps and sequences, but no rules and you can adapt steps to new moves. Ceroc (modern jive) is an easy dance to pick up. But you don’t even need classes you can just play some music and do your own thing.

Whilst at my dance week I did some extra classes including Soul Train and Dance Hall (Bashment). I enjoyed both, especially dance hall, which is a dance that comes from Jamaica and influences many of the female singer’s dance routines. I love it but I had to adapt some of the very physical moves.

The study was published in Frontiers in Human Neuroscience. The people were healthy volunteers, typically in their late 60s. They were randomly assigned to either take dance classes (twice a week for the first 6 months and then 1 a month) or to follow a traditional exercise programme that included walking, stationary bikes, strength-training and stretching. However, there was drop out and only 14 from the dance group and 12 from the traditional fitness group completed the full 18 months.

Its the weekend what are you going to do to keep a healthy brain?