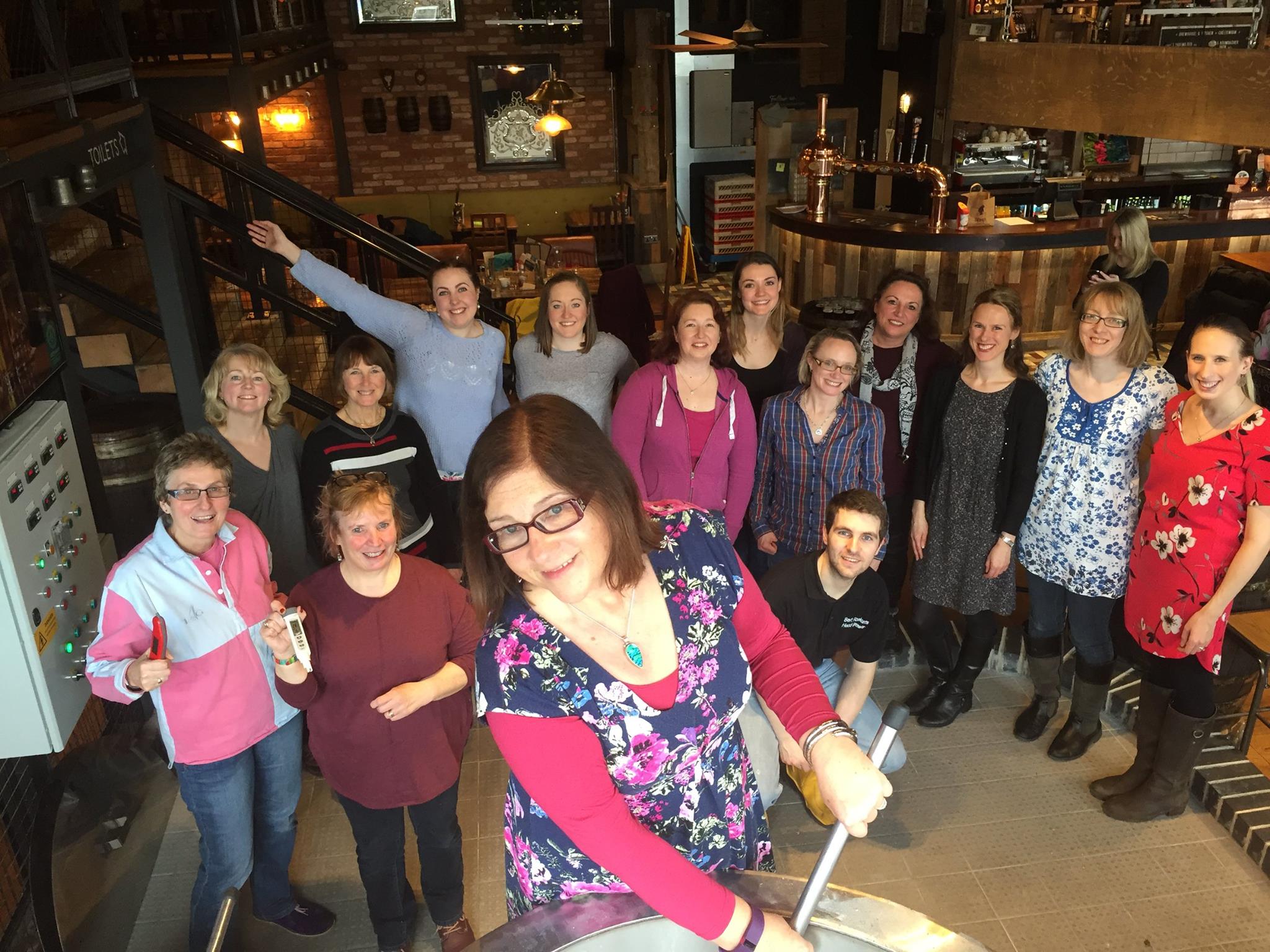 Wednesday 8th March was International Women’s Day, and I was given an opportunity to participate in a FemALE Brewery Experience Day at the Brewhouse & Kitchen, Cheltenham.

This event happened across the UK and the world. Our group was part of an event involving thousands of women across the world, all brewing a Unite Local beer, coordinated by Project Venus, a UK based group of female brewers who are passionate about supporting women in the brewing industry.
It was fun and worthwhile. I learnt a lot about beer, and I’ve got an idea for a new hobby.
I worked with a wonderful group of women from food bloggers to researchers, others working in local businesses, entrepreneurs and retired. We were all up for a challenge and new experience. Whether we are in our 20s or 60+ it’s great to learn something new.

We did everything to brew beer and sampled the beer along the way. Some of the tasks we did included

We also learnt that the beer in each of the pubs are named on local characters. The session Bitter Crystal Rock is named in tribute to Richard OBrien, presenter of the Crystal Maze TV show, who and who wrote The Rocky Horror Show and Colonel Jack Traditional IPA is named after Colonel Claude Reignier Conder born in Cheltenham in 1848.
In a couple of weeks, we’ll be invited back to sample our brew.

Are you interested in a career as a Brewster?

This article is interesting if you are thinking of a career in the brew industry, as is this one. You may also want to read more stories here. And this one tells you about the history.

This article first appeared on the Amazing People website